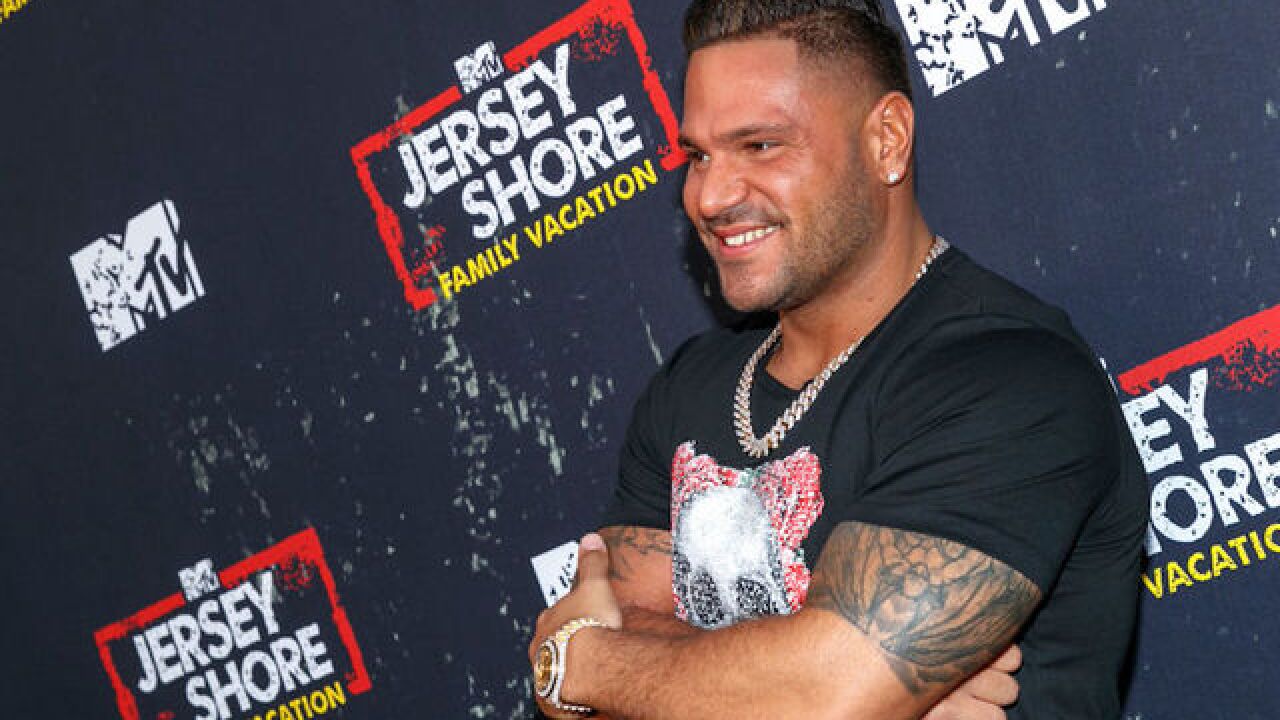 Blood streaks are visible on the outside of a vehicle allegedly driven by Jen Harley, the ex-girlfriend of a "Jersey Shore" television show star whom she allegedly dragged with the car during a fight.

Harley was arrested for domestic battery and booked in the Clark County, Nevada Detention Center following the incident Sunday night in which she and Ronnie Ortiz-Magro allegedly fought. TMZ reports there is also blood inside the vehicle on a console , and reports indicate Harley also hit Ortiz-Magro in the face.

The former couple, who have a 1-month old baby named Ariana together (she was inside the car during the alleged fight), was attending a barbecue in Las Vegas prior to the incident in the vehicle, TMZ says . It happened Sunday night.

Harley has since been released from jail.

In recent weeks, Harley appeared on "Jersey Shore Family Vacation," visiting Ortiz-Magro and the other "Jersey Shore" cast members at a home in Miami, Florida, where they were filming. Harley was still pregnant with Ariana when she appeared on the show.

See the photos of the vehicle on TMZ's website .