Barack and Michelle Obama jam at Beyoncé and Jay-Z concert 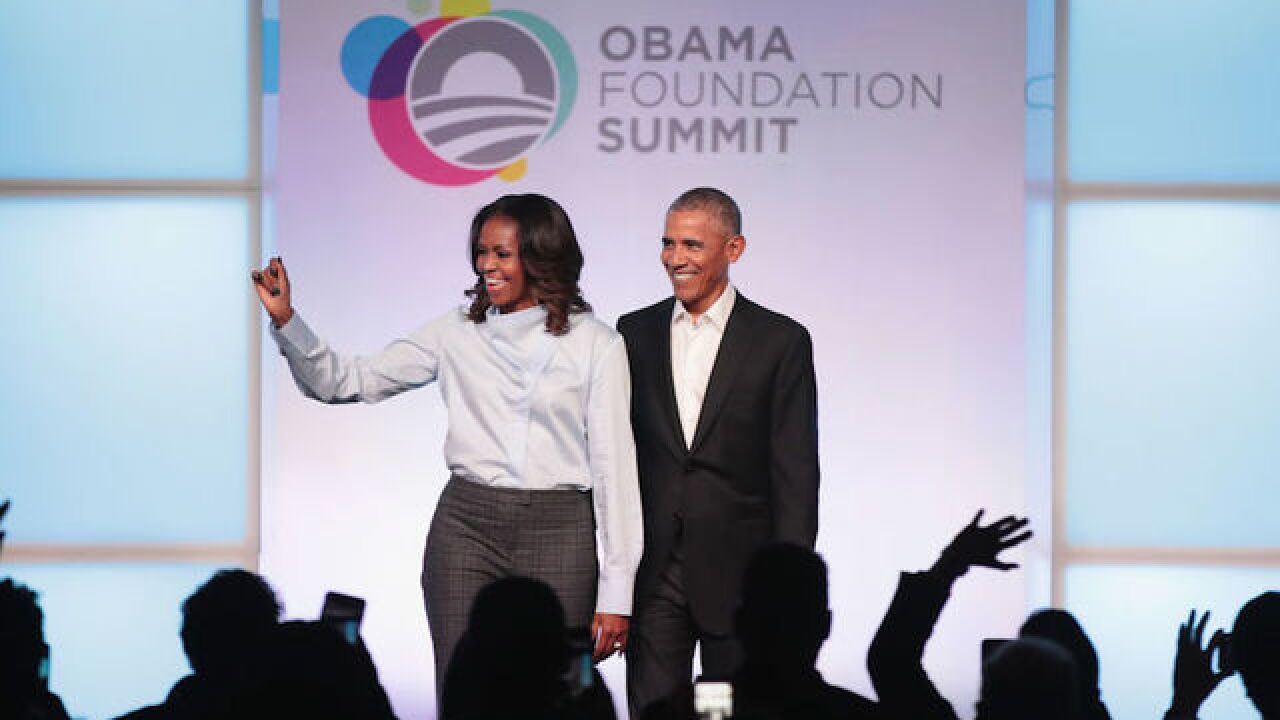 Videos emerged of the pair jamming to a Jay-Z performance from their box seats at FedEx Field in Landover, Maryland, with several onlookers filming their moves on their phones.

Michelle Obama was seen at a Beyoncé and Jay-Z concert in Paris two weeks ago, where she was filmed dancing with the singer's mother, Tina Knowles Lawson. Obama's daughter, Sasha, was also in attendance.

The former first family and the singer and her mom have been friends for years. The Obama administration also frequently included the pair at events and in White House initiatives.

Beyoncé teamed up with Michelle Obama up in 2011 for the first lady's "Let's Move" campaign, which aimed to fight childhood obesity. She also performed at the first couple's inaugural dance in 2009 and at the presidential inauguration in 2013.