Some in GOP wonder: Vote for Hillary in Nov.? 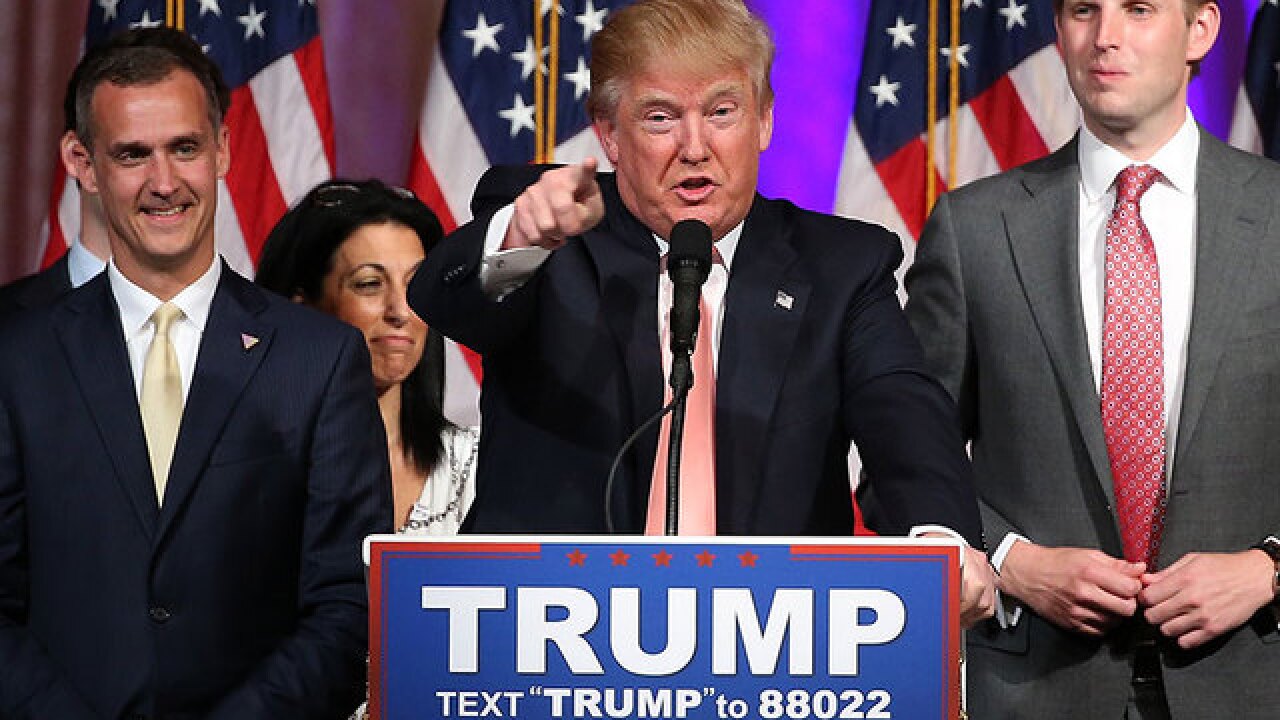 Tuesday was a yuge win for Donald Trump, who took home all delegates in Florida in addition to winning Illinois and North Carolina, but for Sen. Marco Rubio supporters and all anti-Trumpers, the results were staggering.

Trump’s win in Florida against Rubio, the establishment-preferred candidate who suspended his campaign after losing by almost 20 points in his home state, was a crucial one for the Republican front runner for two reasons: delegates and clout.

After winning the 99 delegates of the winner-take-all state, along with the delegates he picked up in Illinois and North Carolina, Trump’s delegate lead added up to 621 of the 1,237 he needs to seal the nomination. The closest to him in the delegate count is Sen. Ted Cruz, who has 396. With Rubio out of the race, Ohio Gov. John Kasich, the winner in the Ohio primary, is now a distant third with 138 delegates. Missouri primary results remain too close to call, with Trump and Cruz locked in a dead heat.

The Florida win also bestows Trump a level of clout, since many consider the state the  “Lynchpin of the GOP.”

Trump tried to signal the significance of the victory Tuesday evening by talking about party unity. At Trump’s lavish Mar-A-Lago estate in Palm Beach, he told supporters dressed to the nines, “We have to bring our party together. We have something happening that actually makes the Republican Party the biggest political story anywhere in the world."

But for those not on the Trump train, Tuesday night was not a time to talk about unity, it was more like a funeral. It marked the realization that few options besides Trump exist within the Republican Party.

Mac Stipanovich, Florida executive director for Reagan-Bush 1984, was a good example, and didn’t hold back.

“I think that what’s happening now with the establishment is if Trump goes on to win the nomination and picks Ted Cruz as his running mate, there will be a split in the party,” Stipanovich said. “I for one will not support the ticket and I wouldn’t support it if Trump was running with Mother Theresa.”

Many Republicans in Florida said in the week leading up to the primary that their November options seemed to be destined to come down to voting for Trump, Hillary Clinton -- or no one at all.

If “it’s between Hillary Clinton, however ethically challenged, and liberal she may be on the one hand, or Donald Trump who is a fascist, xenophobe, racist, nationalist who appeals to violence, yeah, I’ll take President Clinton over President Trump any day,” Stipanovich said.

“I cannot in good conscience support Donald Trump for President. I will vote against him in the Republican Primary. While I will never vote for Hillary Clinton or Bernie Sanders, I also cannot and will not vote for him in the general election, either. Like many others, I must declare in two simple words what separates constitutional conservatives from this liberal billionaire: Never Trump.”

Former Speak of Florida’s House of Representatives Will Weatherford similarly said that despite Tuesday’s outcome, he didn’t see himself ever supporting Trump.

“I expect the nominee of the Republican Party to be presidential. … This is not a person who has embodied what I look for in a candidate for the Republican nomination, and somebody I can support in November,” he told Floridapolitics.com. “Now, is there an opportunity for him to earn that? Maybe, but he has not shown it thus far. And the divisiveness that he has created in this political environment and ecosystem is dangerous.”

Florida has been ground zero for the #DumpTrump and #NeverTrump campaigns that helped pile in tens of millions of dollars into the state in the form of TV ads against the former reality TV star. Many of the super PACs creating and bankrolling the advertisements plan to continue the attacks against Trump, even when it might be to their party’s detriment.

“I can’t say what people will do past Florida, but the commitment they have all made in Florida has set up a sharp signal that folks with resources have geared up to attack the virus that Donald Trump represents in the country all the way to the convention,” said Rick Wilson, a long-time Florida-based Republican strategist.

But for voters, the decision between party alliance and voting against a candidate you hate is not an easy one. At Rubio’s last rally in Miami on Monday where many of his supporters were avidly against Trump—calling him “embarrassing” and “un-presidential”—many in the crowd were split on whether, if it came down to it, they’d choose Clinton over Trump.

“Even worse than Donald Trump is for our nation to continue to downward spiral into socialism—if American doesn’t wake up and realize what’s happening,” said Nercy Radcliffe, 47, an administrator of a health care clinic in Miami. “Unfortunately, any Republican is better than a Democrat.”

Maria Laurencio, 65, a retired anesthesiologist in Coral Gables, who volunteered for Rubio’s campaign, said the opposite.

“I have always voted Republican, but in this election, if Mr. Trump is the nominee I will vote for Hillary,” she said. “Well, I don’t like Hillary personally but I despise Mr. Trump. I think that at least Hillary has experience. I don’t agree with her policies, I don’t think she’s trustworthy because I don’t think she’s very honest. But at least she’s presidential; she will not embarrass us in the global sphere. Mr. Trump, I will be ashamed to have him represent this country.”