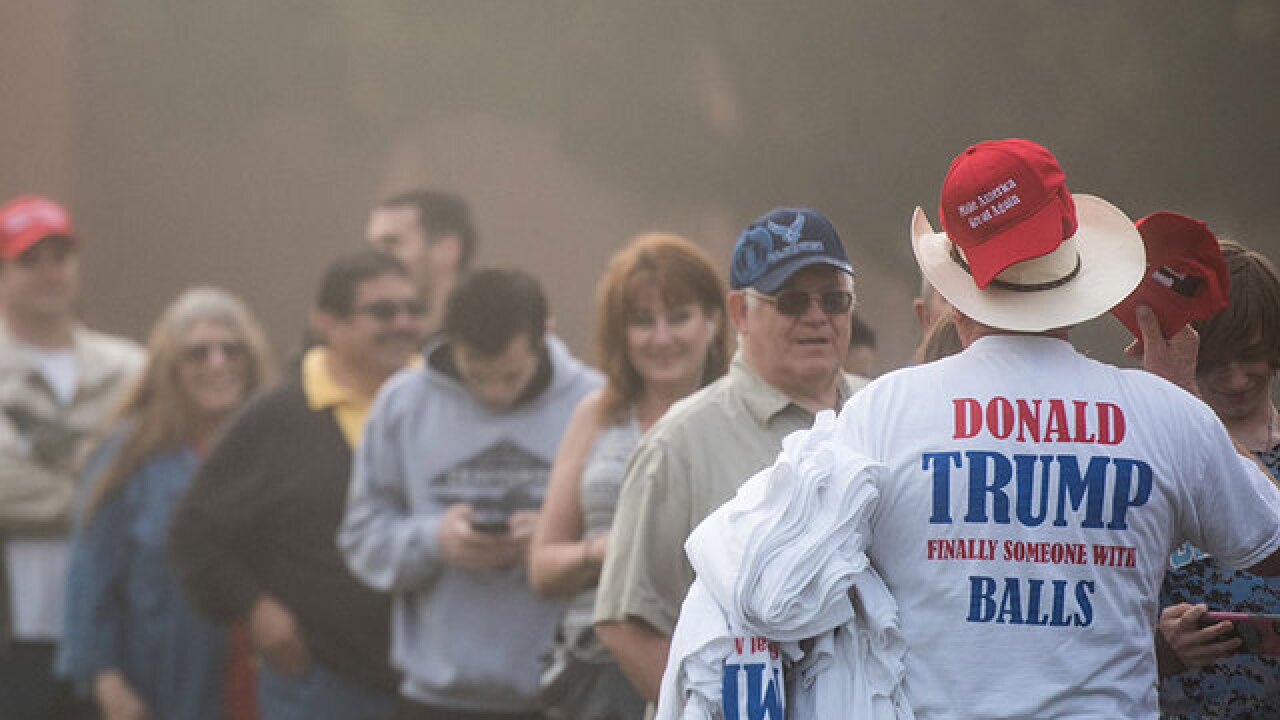 “How does the guy get away with it?”

That is by far the hardest thing to figure out about Donald “Duck” Trump.

So here’s a theory I haven’t heard yet:

Many of Trump’s supporters have been entertained daily by horses’ asses for years – white people who lie, bully, insult, conspire, rant, distort, and lie some more and get rich doing it. People who do not have the genes to experience shame, regret, self-doubt or embarrassment; people who get a sick thrill out of getting away with making stuff up, repeating false stories and denying obvious facts and realities; people who get off on demonizing “enemies” and manipulating their followers; people who have perfected the secret “dog whistle” language of racism, bigotry and plantation nostalgia; people who deeply, deeply love attention – and themselves.

You know exactly who I am talking about.

Bill O’Reilly tops the list. Ann Coulter and Rush Limbaugh are right up there. Laura Ingraham, Sean Hannity, Michael Savage and Glenn Beck are superstars. There are dozens – literally – of others in markets around the country.

Some shill for Trump, some hate him. That’s not the point.

Trump uses their recipes. Americans who don’t consume such poison are astounded, outraged and repelled by Trump. They are incredulous. But for devotees of right-wing media, Trump is serving up the biggest, most fancy and famous portions of comfort food ever, even if it isn’t as spicy and nasty good as some of the original recipes.

O’Reilly would have been yanked off the air after one show 30 years ago (actually, he would never have gotten a show). Trump is a church lady compared to Howard Stern, whose show he’s appeared on, by the way.

So for one chunk of America, Trump is an old hat with new hair and a hot wife.

For another chunk, he is a confounding, almost surreal phenomenon. They are incredulous that this is happening in a real presidential election. There is no satisfactory answer to the question, “How does the guy get away with it?”

One powerful though small chunk of America is not incredulous, confused or upset in the least: broadcast media investors and operators, especially cable television. Many companies, not all, have been feeding out of this trough for years. Rupert Murdoch became one the world’s richest men by mastering right-wing gutter pseudo-news. General Electric tried and failed to create a left-wing clone with MSNBC. Now CNN has found a way to jump on this bilious bandwagon by putting Trump on its air almost 24/7 – and they don’t even have to pay the guy!

There are certainly many Trump supporters who don’t like or even disrespect right-wing media (trust me, I’ll hear from them). I believe I understand their arguments about why it is good and important that Trump is “getting away with it.”

Punish is the right word and many Americans are big into it. They are willing to suspend their appreciation of good manners and churchly virtues to watch this wild-man candidate trash talk and terrify the Washington phonies. And it is mighty hard to blame them. Their diagnosis is correct; their prescription is toxic and extremely dangerous.

So that’s my new little theory: Trump is employing counter-culture, taboo techniques that have been normalized in the media and finding that they are not taboo in politics at all, they are effective. He hasn’t invented anything. He has rebranded a proven media business model under the Trump logo and taken it to the political market.

No one has been able to turn off, shut down or out-shout the dark demagogues of right-wing media. That isn’t going to happen. On the other hand, their market share hasn’t expanded much over the years. Their audience is a faction, not a majority.

No one is going to turn off, shut down or out-shout this man with no shame. But maybe the Donald Trump brand won’t be able to expand its political market share any more. If that’s the case, democracy will cancel his show – hopefully, with a vengeance.