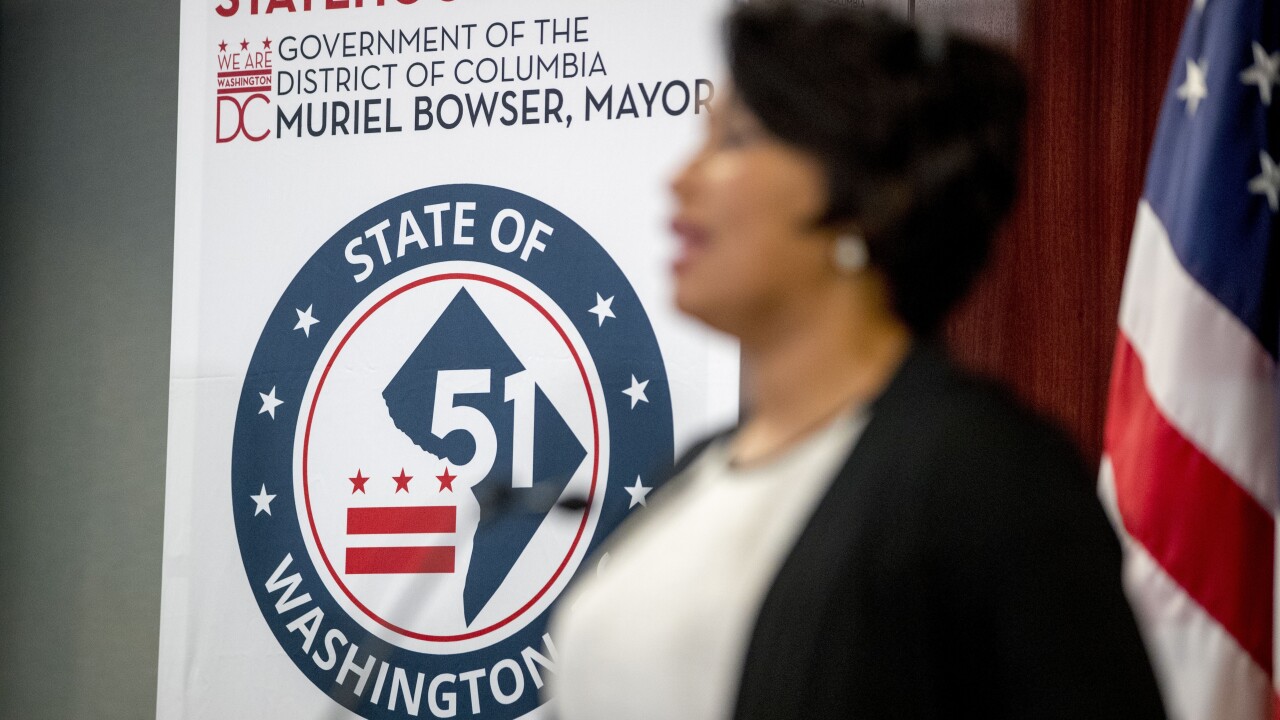 WASHINGTON (AP) — The Democratic-controlled House has approved a bill that would make the District of Columbia the 51st state, but the legislation faces strong opposition from Republicans.

The House vote was prompted by the White House's move to use federal forces to clear peaceful protesters so President Donald Trump could walk to a nearby church for a photo op earlier this month.

D.C. statehood is an issue that advocates say has become far more important in the aftermath of protests for racial justice in both Washington and across the nation.

Democratic lawmakers say Congress has both the moral obligation and constitutional authority to ensure that the city’s 700,000 residents are allowed full voting rights, no longer subject to "taxation without representation."

Del. Eleanor Holmes Norton, the district’s non-voting representative in Congress, sponsored the bill, saying it has both the facts and Constitution on its side.

Action on the bill in the GOP-controlled Senate is unlikely.

If the measure was signed into law, the state of “Washington, Douglass Commonwealth” would be admitted into the U.S. and the new state would elect two U.S. senators and one U.S. representative. The seats would likely go to the Democrats, due to the community’s largely liberal population.