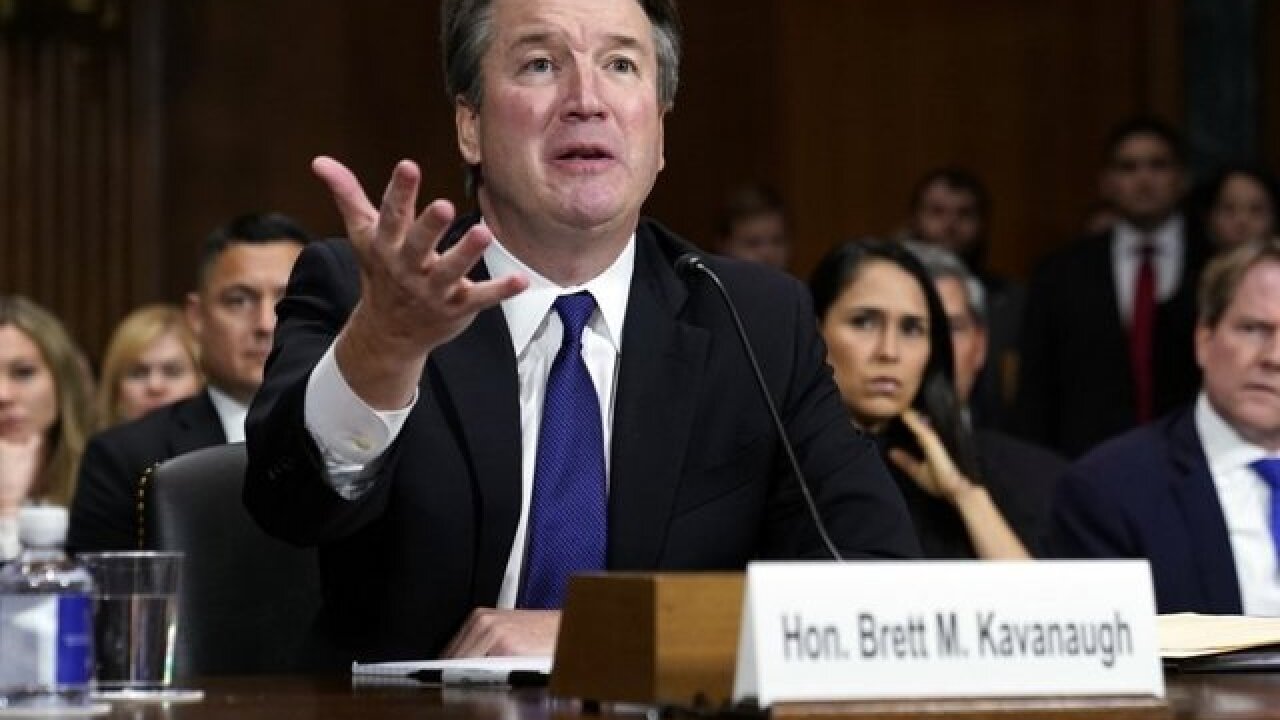 The paper reported Tuesday that the bureau moved beyond the initial limitations placed on it and interviewed Tim Gaudette, who was Kavanaugh’s classmate at Georgetown Prep.

“Gaudette's home was the site of a July 1, 1982, party that Kavanaugh references on his calendar and has become the focus of lawmakers' concerns,” the Post reported.

A crew from Denver7 went to Gaudette’s Denver address Tuesday evening, but they were greeted with a note containing his attorney’s contact information.

Later in the evening, Gaudette's attorney, Ken Eichner, confirmed to Denver7 that the Denver man was contacted and interviewed by FBI special agents Tuesday, but he declined to elaborate on the what was discussed in the interview.

Meanwhile, an attorney for Boulder accuser, Deborah Ramirez, said he's seen no indication that the FBI has reached out to any of the 20 people who Ramirez told them may be able to corroborate her account.

Ramirez accused Kavanaugh of thrusting his genitals in her face while at a gathering at Yale University while the two were freshmen. Her allegations were first published by the New Yorker, which Ramirez spoke with exclusively.