2016 election roundup: Nothing is certain in this year of uncertainty 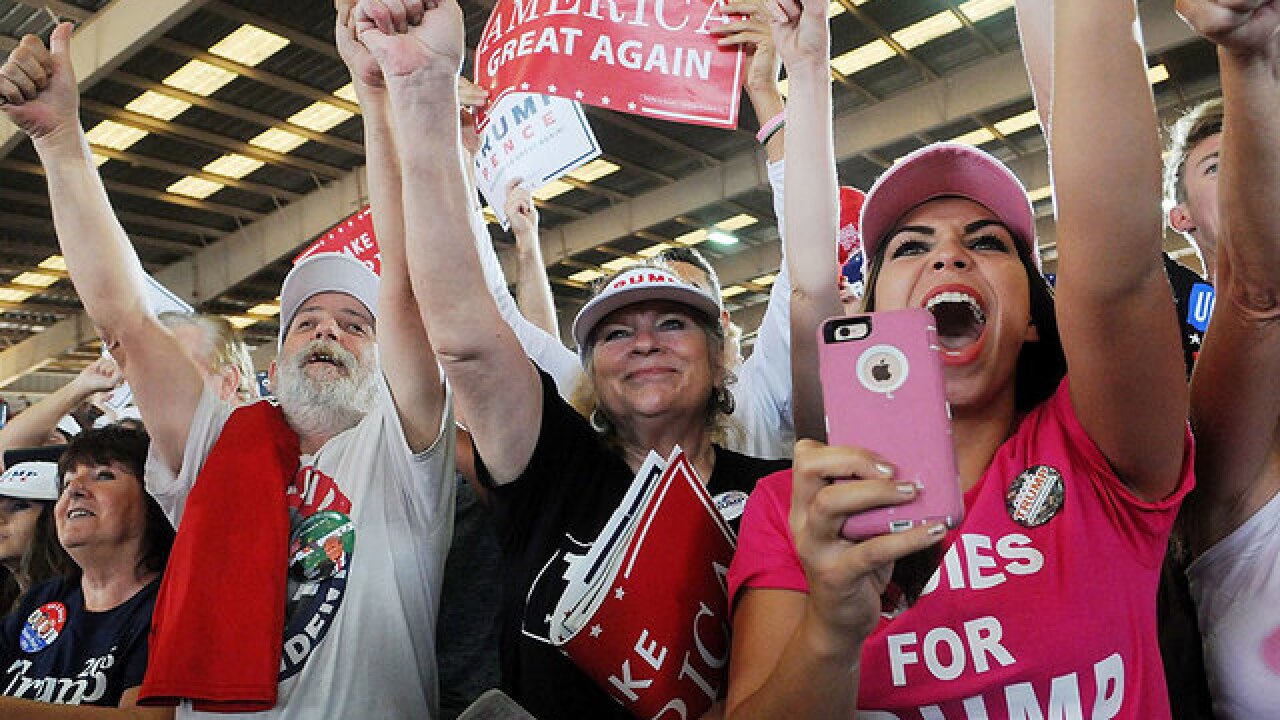 If this were a remotely normal election year, it would be over.

All of the data now points to a landslide victory for Hillary Clinton.

Unpredictable, however, has beaten predictable all year.  The predictors are paranoid, as well they should be. The most unpredictable variable of all —Donald Trump — has been spinning into a deeper and deeper hole, but that doesn’t mean he’ll stay there.

The RealClearPolitics average of national polls gives Clinton a 6.2-point lead head-to-head against Trump and a 4.6-point lead in a four-person race. These are landslide margins by recent standards.

In the eleven states pegged as the closest battlegrounds, Trump leads in only one —Iowa. Clinton has a realistic shot at winning bright red states such as Utah, Missouri and Arizona.

In a remotely normal election, the final presidential debate next week would be almost pro forma in terms of influencing the Election Day count.  It would seem like Clinton’s final, very low hurdle.

This year, who knows?  It is hard to imagine that Trump can do anything to help his prospects at this point, but it isn’t so hard to imagine something bad happening to Clinton’s.

If you’re in the market for something truly unpredictable, take a look at the battle to control the U.S. Senate. That will be a late-night cliffhanger on Nov. 8. There also is a chance the Republicans will lose control of the House, but it is very remote. If Clinton does win, of course, control of the Senate will be the single greatest factor in the early part of her presidency.

The current breakdown of the Senate is 54 Republicans and 46 Democrats (including the two independents who caucus with them).  So if Clinton wins, the Democrats need only four seats to gain control with Tim Kaine casting the tying vote.

The Senate was ripe for a turnover this year because of simple math: Republicans are defending 24 seats and the Democrats 10.  In that context, the Trump effect one would expect hasn’t materialized; most of the key races are still toss-ups.

Election mavens say two states are highly likely to flip from red to blue: Wisconsin, where former Sen. Russ Feingold is trying to get his seat back, and Illinois, Land of Lincoln and Obama, where Rep. Tammy Duckworth is coming on strong in the polls.

Nevada, where Minority Leader Harry Reid is retiring, is the only at-risk state for the Democrats. Depending on what happens there, they’ll need to win two or three of the other five squeaker contests: Indiana, Missouri, New Hampshire, North Carolina, and Pennsylvania. Indiana, New Hampshire and Pennsylvania look like the Dems best hopes at this point.

There are a couple theories floating around about how the races might break. One is the “wave theory” — Senate and House elections that are tight at the end tend to break in the same direction. With all the national polling trending against Trump, the wave should help Democrat Senate candidates.

Then there’s the “divided government” school that suggests voters who dislike both presidential candidates — and that is a big group — will split their tickets and vote for divided government, preferring checks and balances to one-party control.  This would tend to favor Republicans. In states such as New Hampshire, Pennsylvania, North Carolina and Indiana, independents and despondent Republicans who can’t stomach voting for Trump might soothe themselves by voting for the Republican in the Senate race.

Trump is now running against Republicans almost as much as against Democrats, trashing House Speaker Paul Ryan and his band of traitors with as much fervor as he does Clinton.  This could suppress Republican turnout even further, but there aren’t exactly any historical models on which to base predictions.

If Clinton does win, Republicans are going to have to make a fundamental decision about the role they want to play in government no matter which party captures the Senate: Do they continue the strategy of the obstructionism used during the Obama administration, or do they take the more bipartisan path and work with a Clinton White House on some big issues?

If Republicans lose the Senate, obstructionism gets uglier and all the weight falls onto Speaker Ryan, assuming he keeps his job in the next Congress.

One would think that the debacle Trump has brought to the GOP would inspire some serious soul-searching and political recalculations; one also would have thought the party would never have succumbed to a hostile takeover by Trump in the first place.  If there is anything less uncertain than the Election Day results, it’s what the GOP will do the next day.