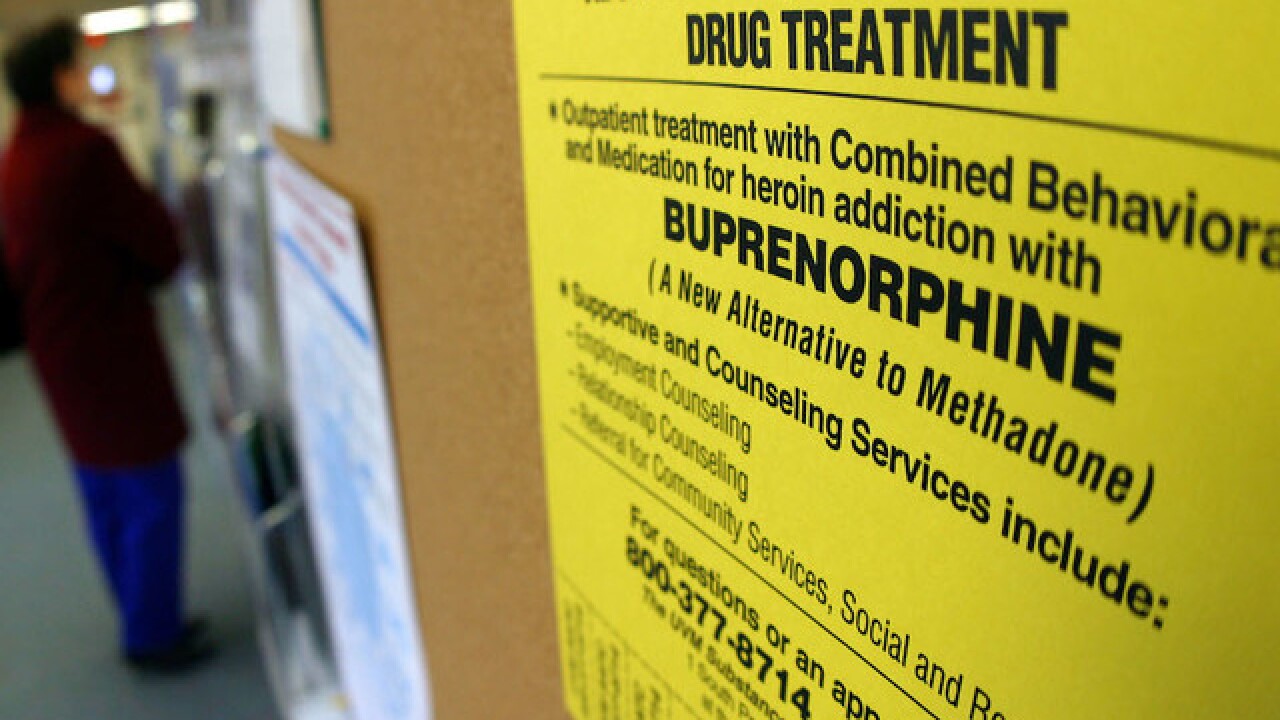 Copyright Getty Images
<p>An unidentified woman stands in the hallway of a recently opened Bupenorphine clinic November 4, 2002 at the University of Vermont at Burlington. An alternative to Methadone, the drug was recently approved by the FDA to deal with the short term effects of heroin withdrawal and the ongoing treatment of heroin addiction.</p> 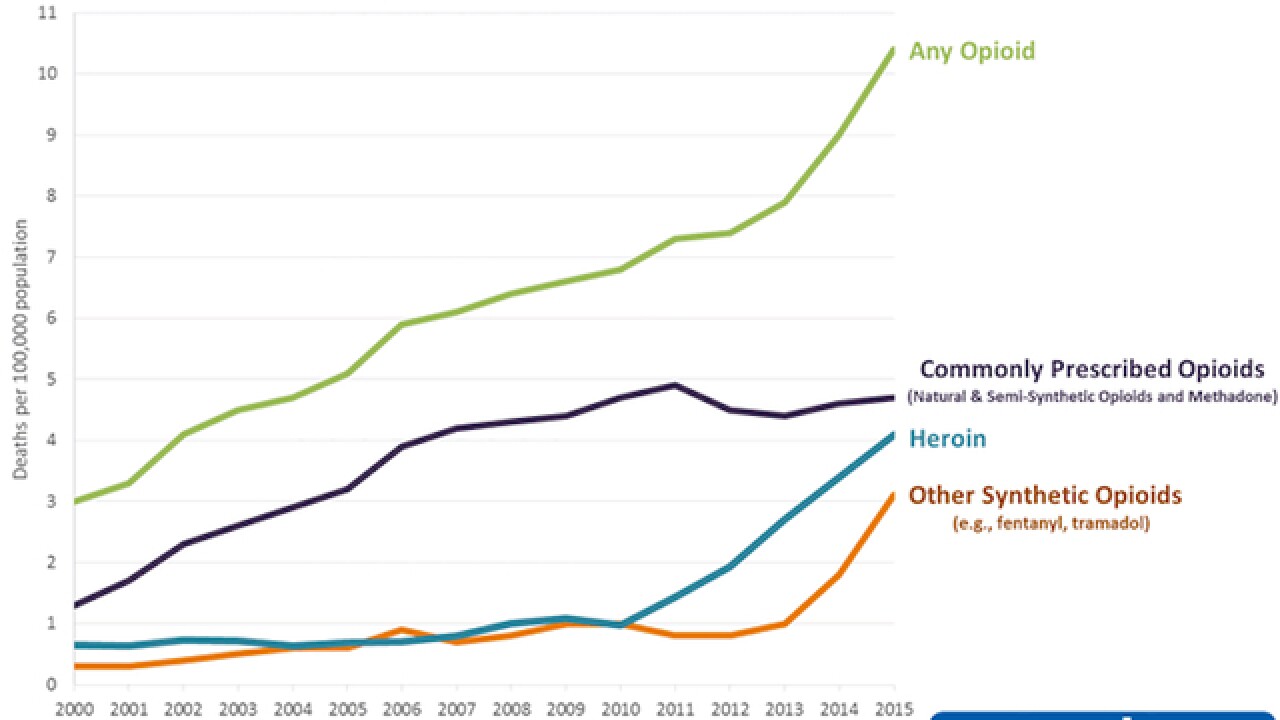 Opioids continue to be what leads to the most drug overdoses in the United States.

The most recent statistics shared by the Centers for Disease Control and Prevention say 63 percent of drug overdose deaths in 2015 involved opioids — that's more than 33,000 people. Nearly 13,000 of those were because of heroin.

The numbers show an average of 91 opioid overdose deaths per day in America.

The CDC has created a a page on its website devoted to helping medical providers fight the opioid overdose epidemic. It has also launched a mobile app for those who write prescriptions, and it includes an MME calculator.