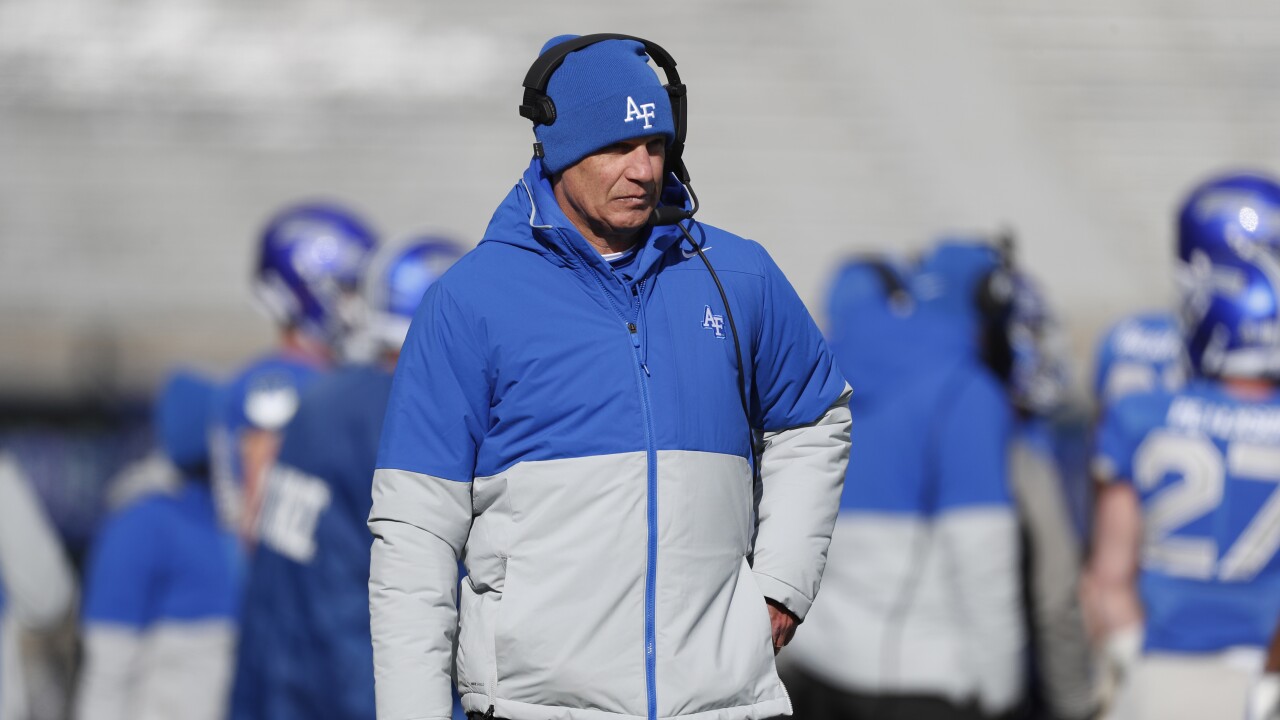 DENVER -- An ill-timed vacancy has created interesting options in the University of Colorado's search for its next football coach.

A source confirmed Wednesday that Air Force coach Troy Calhoun recently interviewed for the position, and that former USC boss and current Alabama offensive coordinator Steve Sarkisian is expected to meet with CU officials soon, possibly today. Bret Bielema, the New York Giants outside linebacker coach and one-time coach at Wisconsin and Arkansas, remains in the mix. Jim Mora Jr. is another name that has been repeatedly connected to the opening. He expressed interest in the CU job when Mel Tucker was hired and clearly wants to coach again. He has been a broadcaster after UCLA fired him in 2017 with a 46-30 career record.

CU athletic Rick George is moving quickly toward a resolution, placed in this unenviable spot after Tucker bolted for Michigan State, taking two assistants, thus far, with him.

Eric Bieniemy, per multiple sources, is likely to remain with the Kansas City Chiefs, leaving him in position for an NFL head coaching after the 2020 season. Interim coach Darrin Chiaverini, a nationally-recognized recruiter, interviewed for the top spot, one he covets, but is not likely to land the job.

Calhoun has rejected overtures from other schools for years while logging an impressive resume with the Falcons. He owns a 98-69 record in 13 years, including a career-high 11 wins last season. The Falcons have advanced to a bowl game 10 times under Calhoun, winning five. Air Force is known for its disciplined style of play featuring an option offense. However, Calhoun has made it clear that he can coach multiple schemes given his NFL background.

Sarkisian brings experience, knowledge of the Pac-12, but a past that must be addressed. He coached seven years in the conference with Washington (34-29) and USC (12-6). USC fired Sarkisian midseason in 2015 after his odd behavior while apparently under the influence of alcohol and painkillers. Sarkisian resurfaced as an assistant at Alabama in 2016, replaced Kyle Shanahan as the Atlanta Falcons offensive coordinator before rejoining the Tide last season as their OC. When he accepted the Falcons position in 2017, Sarkisian discussed his battle with alcoholism.