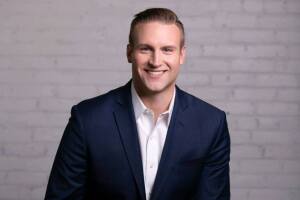 Chris Stewart has been an anchor with E.W. Scripps' national news team since February 2018.

Prior to becoming the national news anchor, he spent four years on WPTV's top-rated morning show in South Florida.

Before moving to the Sunshine State, Chris worked in his native New England in Springfield, Mass. He was part of the news team that won the National Edward R. Murrow award for Breaking News in 2011 for coverage of a massive tornado that carved through western Massachusetts.

While in the "Birthplace of Basketball," Chris covered several Basketball Hall of Fame enshrinements. He interviewed some of the biggest names in the history of hoops, including Kareem Abdul-Jabbar, Scottie Pippen, and Charles Barkley.

Chris is a native of Essex, Connecticut and is a graduate of Penn State (WeAre!).

If you have a story idea, send it his way at Chris.Stewart@scripps.com.