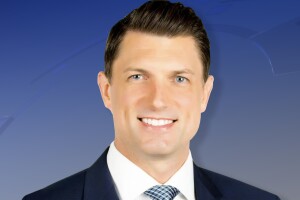 Brian Sanders comes to Denver7 after four years at the E.W. Scripps Company’s station in Tulsa where he was part of an award-winning team as the evening anchor. He anchors their 5, 6, and 10pm newscasts and was a prominent member of their Problem Solvers team. In addition, he covered high-profile events like Hurricane Harvey, the Dallas police ambush, and the Oklahoma City Bombing Anniversary.

Before moving to Tulsa, Brian was the morning anchor for Austin's top-rated newscast at KXAN. He began his career there as a sports anchor/reporter, before switching to the news desk in 2012. There, he covered extensively the return of Formula One to the United States and the building of the Circuit of the Americas. He also traveled to New York to cover the Heisman Trophy ceremony twice with former Texas Longhorns Quarterback Colt McCoy.

Brian is a Houston native and went to Texas A&M University - like Von Miller! - and is excited for his kids to grow up as Denver sports fans! In his free time, you can usually find Brian spending time with his family, exploring the city attractions or the many parks and trails. He says he is also likely be caught looking at the Colorado mountains with the same wide eyes as his 4- and 2-year old boys.