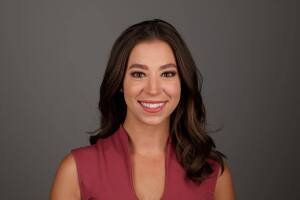 Before coming to Colorado, Blayke worked as a multimedia journalist and traffic anchor on the number one morning show in Nashville, NewsChannel 5. During her time there she covered daily breaking news, major tornadoes and flooding, crime trends and Nashville’s booming growth. Blayke contributed to the coverage of the Waffle House shooting which led to the team receiving the Midsouth Regional Emmy Award for Morning Newscast. Some of her fondest memories from Nashville include covering the record-breaking NFL Draft from up in her station’s helicopter, both the Tennessee Titans and Nashville Predators playoff runs and the 2017 total solar eclipse.

Blayke is a Michigan native, born and raised in Metro Detroit. She is a proud Central Michigan University alumnus where she worked for their award-winning news station, News Central 34. There, she did it all from reporting to running cameras to producing the newscasts. Blayke also spent a summer with WXYZ in Detroit as a news and web intern.

She landed her first job in journalism as the Petoskey bureau reporter for 9&10 News in Northern Michigan. Blayke braved lake effect winter snow storms, flew a plane and climbed more than 500 feet in the air to the top of the Mackinac Bridge. She was also critical in coverage of the controversial Line 5 oil pipeline, the aging infrastructure of the Soo Locks and issues surrounding the Michigan Medical Marijuana Act.

In her free time, you can often find Blayke taking a run or hike on local trails or practicing yoga. She loves to relax with a book or a good Netflix binge session.