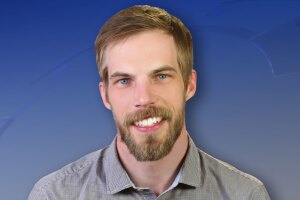 Blair R. Miller is an award-winning journalist who has been writing and producing digital journalism for Denver7 and the E.W. Scripps Company since August 2016. Blair graduated in 2009 from the University of Missouri School of Journalism with a bachelor’s degree in broadcast journalism, and writes primarily about breaking news, politics, police, courts and crime.

Before coming to Denver, Blair worked as a digital journalist in Albuquerque from August 2014 - 2016. There, he covered killer cops and cop-killers, the U.S. Department of Justice takeover of the Albuquerque Police Department in the wake of dozens of officer-involved shootings, emergency budget crises, secret federal surveillance programs and a scourge of poverty, the Gold King Mine spill, and homelessness and alcoholism in western New Mexico and the Navajo Nation, among many other things.

Prior to that, Blair spent several years as a multimedia and digital journalist in Columbia, Missouri, where he covered the state Capitol and the secret-money campaign involving Sen. Roy Blunt and his votes in the development of the Affordable Care Act, among other topics.

During a multi-year hiatus from journalism, Blair played in a rock and roll band and toured the country while also engineering and producing several records and managing a bakery.

When not working, Blair can be found snowboarding or hiking in the Rockies, fly fishing, listening to music, traveling when he can afford it and sampling the never-ending amounts of quality craft beer across Colorado.