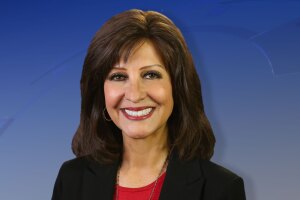 After graduating from The University of Colorado, Boulder, Anne began her career at Denver7 as a general assignment reporter. She worked her way up the ranks covering stories from the Columbine and Aurora theater shootings, to the Democratic National Convention in Denver, to three Broncos’ Super Bowl appearances.

Anne is an Emmy award-winning broadcast journalist. Her reporting and anchoring skills have been recognized numerous times by the National Association of Television Arts and Sciences, the Colorado Broadcasters Association, and The Associated Press and Women in Communications.

Throughout her career, Anne has been very active in the community, volunteering for boards and non-profit organizations and frequently serving as emcee for events. Anne is Co-President of the Colorado Chapter of the National Association of Hispanic Journalists and is a member of journalism advisory councils at University of Colorado Boulder and Metropolitan State University.

Anne is married to Mike - whom she met at Denver7! - and together they have two grown children. Anne still resides in her hometown of Littleton, Colorado.