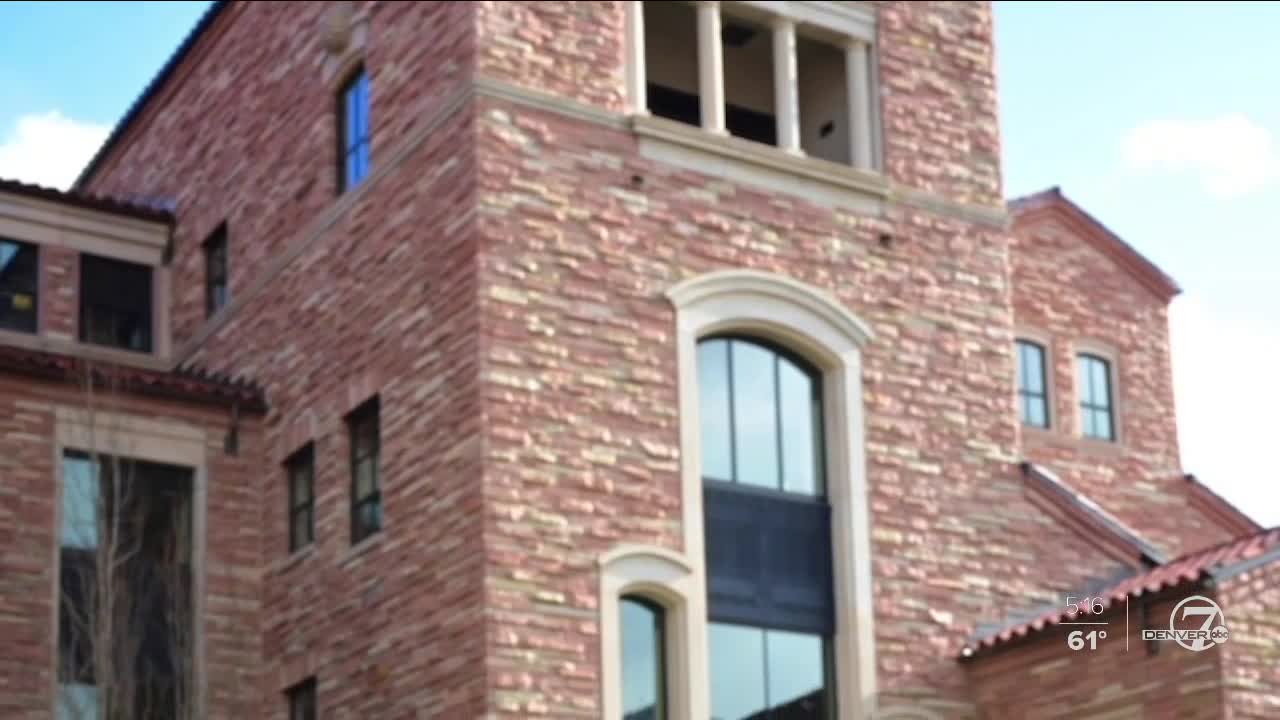 Velveta Howell has made many contributions as a life-long champion for social justice and advocacy. She is known as an exceptional role model for other African American women and girls. She was the eighth African American female graduate of the University of Colorado Law School and the first woman of color appointed as Colorado's Deputy District Attorney. 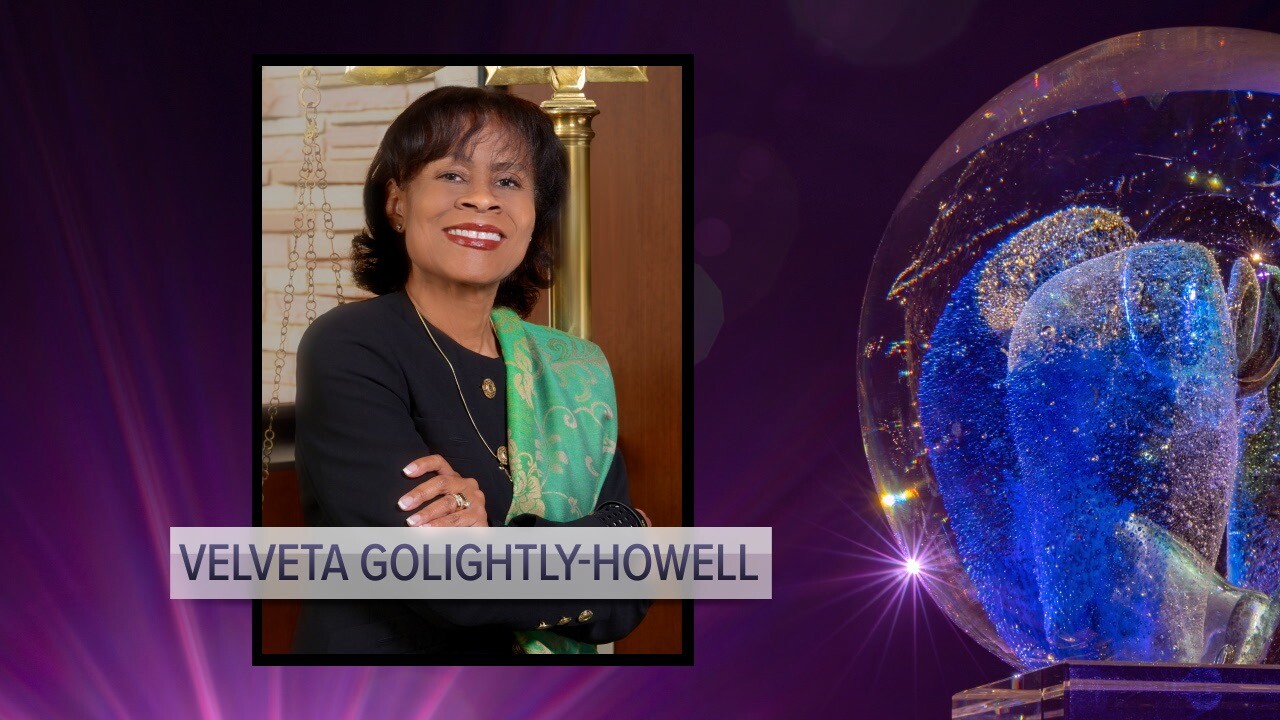 First, I'd like to touch on your adolescence. You grew up black in Tuscaloosa, Alabama during an era of extreme racial tension. I'd assume that had a significant impact on you?

Being African American, impacts occurred when I was much younger.

Before June 1963, all of Alabama’s public higher ed institutions admitted only Caucasians. That summer, however, Alabama finally complied with the U.S. Supreme Court’s 1954 Brown v. Board of Education decision and admitted two Black students to the University of Alabama, Alabama’s flagship higher ed institution. I was six years old. Witnessing then Governor George Wallace and hate-filled crowds attempt to prevent students, who looked like me from registering, is a memory forever etched in my memory. I decided then to become a lawyer and dedicate my life to Civil Rights and to work towards equal justice for all.

Just a year later, I went with my Father to visit a client. Always a careful driver, he completely stopped at a stop sign before turning onto the client’s street. Immediately, police lights began flashing and we heard sirens. So, he pulled over. A very young white policeman pulled behind us, came over to the driver’s door, ordered my Father to get out. Once my Father did, this officer began shouting at him, accusing him of not stopping completely. He continually called him, “boy.”

After listening to the officer demean my almost 57-year-old Father, who had never gotten a ticket, I got out of our car, walked up to him, looked up at him, and said, “My Father is a man, not a boy.” And, I insisted that he stop referring to him as one.

Well, that didn’t go over very well because the policeman told my Father to “shut me up.” Although he tried, I refused to be quiet and continued to insist that the officer show him respect. Becoming even more angry, the officer told me, “If you don’t shut up, I’m taking you to Juvenile Hall.”

Having never heard of such place, I dared him to take me there, while telling him that he had no lawful reason to do so. Finally, the policeman told my Father, “You need to make sure that your “gal” learns to keep her mouth shut.” And then, he let us go without a ticket.

Of course, other experiences significantly impacted me as I became an adolescent. For example, being among the first few African American students to integrate Tuscaloosa’s all-white middle and high schools and, then, one of the first to be admitted to the University of Alabama and its law school, greatly affected me. The experiences further built my courage and confidence that I would carry out God’s purpose and plans for my life.

Witnessing these things happening, were you scared at any point?

Actually no, I wasn’t scared. And, I was angry that my had been insulted by the white officer. From birth, our amazing parents raised my siblings and me in very protective environment with unconditional love and instilled weren’t welcome at a university they funded by our family’s property taxes and other Black Alabamians. in us self-confidence. Because they had protected us from racism, I simply didn’t understand why African Americans were treated unjustly.

Frankly, my early experience with racism made me aware that lawyering, activism. and advocacy to ensure equal justice for others, people of color, especially African Americans was my calling.

You mentioned that you lived in a very safe environment and didn't experience or witness a lot of discrimination growing up. Do you think that's why you didn't have that fear? Or were you aware and just not afraid?

Our parents raised us to believe that we are all equal, and no better or worse than anyone else. So, when I finally witnessed and experienced discrimination, I wasn’t scared. Rather, the experiences inflamed my sense of what injustice looked like and made me determined to work towards societal equality. As I grew older, my determination increased. And, along the way, I didn’t fear anybody or any experiences. From both good – and not so good experiences – I’ve grown.

What did scare you?

As shared, nothing scared me because I knew God stood behind me at every turn. Based on the state of our country and world sometimes causes worry for not only our sons, but children, youth, and young adult people of color. It’s not a safe country or world, and youth face anxiety, unfounded stereotypes, and ostracism that can cause them to lose hope and not realize their self-worth. African Americans are stereotyped as those to fear, those that are lazy and on the government’s dole, and those unworthy of the education, socio-economic status, and career positions for which they have worked hard. People of color aren’t alone in lacking equal access to adequate income or quality healthcare, education and housing. And, I also fight for them.

So, you decided to go to law school. How did that journey bring you to Colorado?

After high school, I didn’t want to attend a predominantly white college, full-time. So, I declined offers from the University of Alabama and other well-regarded institutions. However, to make my Father happy, I earned course credits at the University of Alabama, while enrolled fulltime at historic Tuskegee Institute. After Freshman year, I visited my trailblazing older sister, who, at the time, was an Army officer, stationed at Fitzsimmons Army Base. As soon as my feet touched the soil, I knew that I’d attend law school at the University of Colorado and make Colorado home.

You were only the eighth African American woman to graduate from CU law school and one of the few women in a male dominated field. Were those experiences difficult?

Yes, they were difficult. When I began law school, my sister had moved to Germany, so I had no family here. After bonding with the five other African Americans in my class, I felt disillusioned when all but one left after the first year. Being one of the youngest in my class, and feeling virtually alone, I considered transferring from CU in the fall of my second year. However, my faith and resilience ingrained by our parents led me to remain and serve as a role-model for students of color, particularly African Americans, that they, too, had what is needed to stay the course.

And, of course, being the first African American female prosecutor in Colorado, and in a white male-dominated profession, wasn’t cookies and cream. Judges and defense attorneys weren’t used to seeing, or working with, someone who looked like me. It didn’t take very long for us to establish some rapport and good working relationships, although one judge threatened to throw me in jail because I insisted putting on the record his misinterpretation of the law!

You mentioned almost leaving CU because of feelings of loneliness. Can you talk briefly about what made you feel that way and why you decided to stay?

Well, having no support in an extremely competitive educational environment where few Blacks had succeeded, created deep loneliness. I’d always had support networks, even in the predominantly white schools. My decision to stay came from my Mother’s shared wisdom. She said to me, “You’ve said from the time that you were six that you would become a lawyer to help others, and while I won’t tell you what to do, you’ve never let ‘anything’ stop you from doing whatever you set your sights on.

My Mother’s wisdom, the horrific experiences endured by our ancestor, I realized that becoming a successful CU law graduate was not that big of a struggle.

What gave you the strength to continue on that path?

Most of all, my faith in God strengthened me. He blessed me with a strong foundation, loving parents, wonderful teachers, a community-centered church, and a community of friends and supporters. He also sent John L. Howell, my partner for life and staunchest supporter.

Which glass ceiling are you most proud of breaking?

I don’t have one. I’m just grateful for success, working in highly diverse professional male-dominated environments and opportunities to build sustainable coalitions that benefit the lives of others. I’m also grateful to serve as a positive example for women coming behind. And last, but certainly not least, I’m grateful for grace, learned from my beloved Mother, Marie Brown Golightly, and friend and Colorado legal legend Brooke Wunnicke, my mentor of nearly four decades.

You've been recognized for many accomplishments over the years. What does this award (Colo Hall Of Fame) in particular mean to you?

It is the most meaningful because of its longevity. To stand as an example for all women, especially those of color, over generations will leave enduring footprints. They will know that they, too, can better the country and world in which they live. My mantra is, Out of One, Many. And, as they will, I stand on the shoulders of many.

What gives you your passion? What makes you great at your job?

I’m passionate about people. I try to see the good in everyone. Stopping to smile and listen makes them know that someone cares. After all, we are all the same.

What do you see as the biggest challenge for the generation of women behind you?

Younger African Americans often don’t know the history of our people. As such, they don’t understand how slavery has shaped, and continues to shape this world; that race is simply a social construct; or that we come from extremely strong ancestors whose strength lies within each of us. Only through knowledge and unified action can we stand the test of time.