3 firefighters, 2 ambulance members injured in crash on I-225 in Aurora 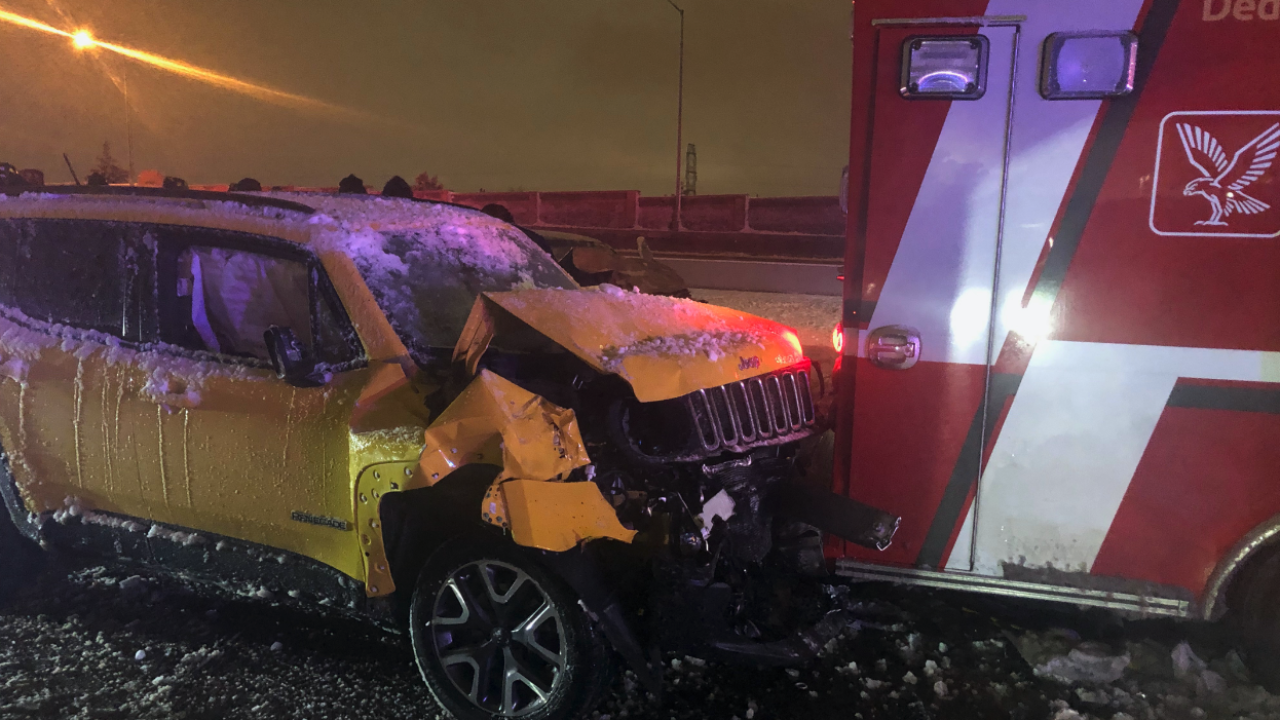 AURORA, Colo. — Three firefighters and two EMTs were taken to a hospital after a car crashed into them while they were working at the scene of a crash on Interstate 225 in Aurora.

The crash occurred around midnight Friday on northbound I-225 near Alameda Avenue.

Sgt. Chris Carlton with the Aurora Police Department said a driver hit and totaled a patrol vehicle before crashing into the ambulance.

The driver was arrested for suspicion of DUI, Carlton said.

None of the injuries were life-threatening, according to the fire department.